After the Fire & the Particulars (Paperback) 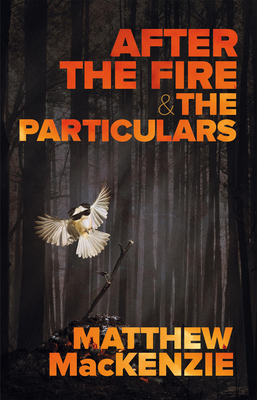 After the Fire & the Particulars (Paperback)

From the author of Bears comes two dark comedies that expose the effects of disturbing the natural order and what we're capable of when pushed to our breaking point.

Set in the aftermath of the disaster that nearly destroyed Fort McMurray in 2016, After the Fire centres around two couples whose lives have been deeply affected by the ruin. Sisters Laura and Carmell have been channelling their devastation after the disaster into their daughters' hockey team . . . maybe a little too much. Their Indigenous oil-worker husbands Barry and Ty are fighting their own demons as they try to sort out how to move on, while digging a very big hole.

In The Particulars, a week's worth of daily routines for an insomniac is disrupted by a mysterious home invasion. Gordon battles his invaders on two main fronts--in his home, where he believes he is dealing with vermin, and in his yard, where insects have taken over his garden. By day, Gordon forges ahead, in control of every aspect of his life. But by night, the scratching he has begun to hear in his walls is unravelling him, driving him to the edge of cosmic desperation.

The sharp commentary in these two plays will shock and satisfy the temptation of taking matters into your own hands.