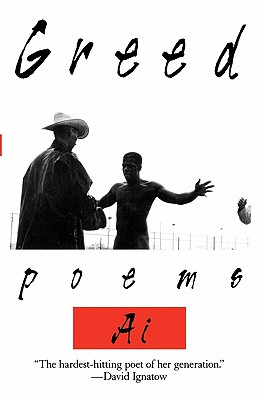 Greed for money, power, sex, and love is the theme of this volume of dramatic monologues by the poet the New York Times Book Review has called "one of the most singular voices of her generation."

Beginning with "Riot Act," a monologue about the Los Angeles uprising in April 1992, Ai explored racial and sexual politics through the voices of diverse characters.

Ai (1947-2010) is the author of eight books of poetry, including the National Book Award–winning Vice. In 2009 she was named a United States Artist Ford Fellow. She was a professor at Oklahoma State University.
Ai is a strong, powerful poet who writes about real things. These are daring, disturbing, ambitious poems that go for the heart of America.
— Margaret Atwood