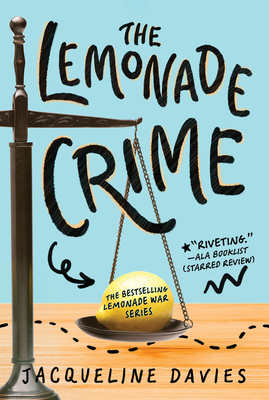 This is book number 2 in the The Lemonade War Series series.

Friends, justice, and . . . lemonade? Evan and Jessie are hot on the trail of the missing lemonade-stand money. Follow this brother-sister duo as they take justice into their own hands and explore the meaning of fairness, integrity, and repairing relationships on the playground and in business in this installment of the award-winning Lemonade War series.

Evan Treski thinks fourth grader Scott Spencer is their prime suspect, so he challenges him to a game of basketball. But his little sister Jessie disagrees. Her solution? Turn the playground into a full-blown courtroom with a judge, jury, witnesses . . . and surprising consequences.

But what happens when neither solution is what they expected?

Can these siblings solve the mystery on their own or will they need to work together after all? And will the lemonade money ever be found? Humorous and emotionally engaging, this entertaining novel is full of ideas for creative problem solving, definitions of legal terms, and even analytical thinking.

"The realistic depiction of the children’s emotions and ways of expressing them will resonate with readers. Great for discussion, this involving and, at times, riveting chapter book has something to say and a deceptively simple way of saying it." — Booklist (starred review)