Teenager or Adult: Do We Deserve to Drink Alcohol? (Paperback) 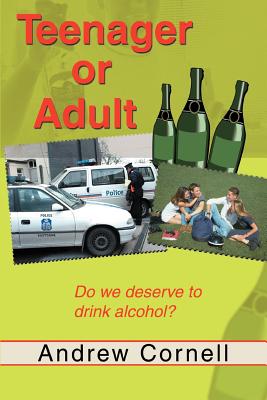 Teenager or Adult: Do We Deserve to Drink Alcohol? (Paperback)


OUT OF STOCK - Please contact store for expected availability
NON-RETURNABLE Book
"A look into the most talked about controversies involving teenagers and drinking, through the research of multiple views in the first person."

What if parents could learn about the things that go on behind their backs involving alcohol? What if teenagers could be analyzed to prove that many are responsible and deserve to drink?

The subjects covered offer parents new and alternative ways for stopping children from drinking. As these facts are offered, new facts come in to show that allowing it can have a twist when treating it in certain ways.

For teenagers interested offers descriptions on situations when growing up like throwing parties, people at parties, dealing with officers of the law, and global views on teenage drinking.

Included are many hilarious stories of teenagers at parties and embarrassing incidents. Every issue involving teenage drinking is covered with multiple views on each side.