Georgia O'Keeffe and New Mexico: A Sense of Place (Hardcover) 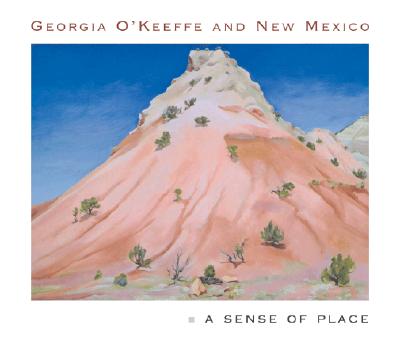 Georgia O'Keeffe and New Mexico: A Sense of Place (Hardcover)

When Georgia O'Keeffe first visited New Mexico in 1917, she was instantly drawn to the stark beauty of its unusual architectural and landscape forms. In 1929, she began spending part of almost every year painting there, first in Taos, and subsequently in and around Alcalde, Abiquiu, and Ghost Ranch, with occasional excursions to remote sites she found particularly compelling. Georgia O'Keeffe and New Mexico is the first book to analyze the artist's famous depictions of these Southwestern landscapes.

Beautifully illustrated and gracefully written, the book accompanies an exhibition of the same name at the Georgia O'Keeffe Museum in Santa Fe, New Mexico. It reproduces the exhibition's 50 paintings and includes striking photographs of the sites that inspired them as well as diagrams of the region's distinctive geology. The book examines the magnificence of O'Keeffe's work through essays by three noted authors. Barbara Buhler Lynes, Curator of the Georgia O'Keeffe Museum and organizer of the exhibition, discusses the relationship of the artist's paintings to the places that inspired her. Frederick Turner offers an illuminating essay contrasting O'Keeffe's fabled aloofness from the well-established art colony in Santa Fe with her intense closeness to the local landscape she so fiercely loved. Lesley Poling-Kempes furnishes a fascinating chronicle of O'Keeffe's years in the region as well as a useful explanation of the geological forces that produced the intense colors and dramatic shapes of the landscapes O'Keeffe painted. EXHIBIT SCHEDULE:
?
Georgia O'Keeffe Museum Santa Fe, New Mexico
June 11-September 12, 2004
Columbus Museum of Art Columbus, Ohio
October 1, 2004-January 16, 2005
Albright-Knox Art Gallery Buffalo, New York
January 28-May 08, 2005