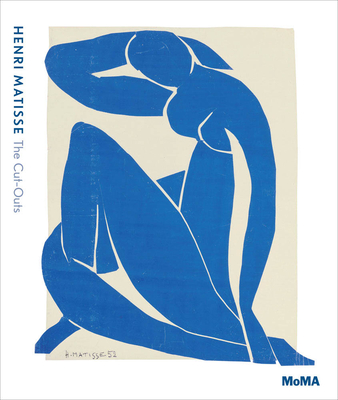 
OUT OF STOCK - Please contact store for availability and price

With their economy of means and chromatic geometries, Matisse's cut-outs are the apex of his construction by means of color

Published in conjunction with the most comprehensive exhibition ever devoted to Henri Matisse's paper cut-outs, made from the early 1940s until the artist's death in 1954, this publication presents approximately 150 works in a groundbreaking reassessment of Matisse's colorful and innovative final chapter. The result of research conducted on two fronts--conservation and curatorial--the catalogue offers a reconsideration of the cut-outs by exploring a host of technical and conceptual issues: the artist's methods and materials and the role and function of the works in his practice; their economy of means and exploitation of decorative strategies; their environmental aspects; and their double lives, first as contingent and mutable in the studio and ultimately made permanent, a transformation accomplished via mounting and framing. Richly illustrated to present the cut-outs in all of their vibrancy and luminosity, the book includes an introduction and a conservation essay that consider the cut-outs from new theoretical and technical perspectives, and five thematic essays, each focusing on a different moment in the development of the cut-out practice, that provide a chronicle of this radical medium's unfolding, and period photographs that show the works in process in Matisse's studio. One of modern art's towering figures, Henri Matisse (1869-1954) was a painter, draftsman, sculptor and printmaker before turning to paper cut-outs in the 1940s. From the clashing hues of his Fauvist works made in the South of France in 1904-05, to the harmonies of his Nice interiors from the 1920s, to this brilliant final chapter, Matisse followed a career-long path that he described as construction by means of color.
Karl Buchberg is Senior Conservator at The Museum of Modern Art.Nicholas Cullinan is Director of the National Portrait Gallery in London.Jodi Hauptman is a Senior Curator at The Museum of Modern Art.Samantha Friedman is an assistant curator of the Department of Drawings and Prints at The Museum of Modern Art.Flavia Frigeri is an assistant curator at Tate Modern in London; she is the organizing curator for Tate's Young Patrons.Nicholas Serota is director of Tate Modern's art museums and galleries.