Classical Antiquity in Video Games: Playing with the Ancient World (Imagines - Classical Receptions in the Visual and Performing) (Paperback) 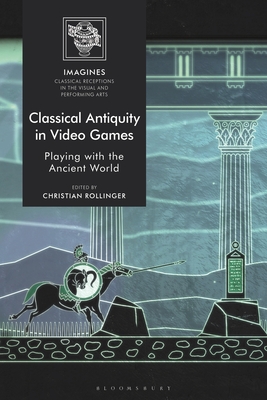 Classical Antiquity in Video Games: Playing with the Ancient World (Imagines - Classical Receptions in the Visual and Performing) (Paperback)

From gaming consoles to smartphones, video games are everywhere today, including those set in historical times and particularly in the ancient world. This volume explores the varied depictions of the ancient world in video games and demonstrates the potential challenges of games for scholars as well as the applications of game engines for educational and academic purposes. With successful series such as "Assassin's Creed" or "Civilization" selling millions of copies, video games rival even television and cinema in their role in shaping younger audiences' perceptions of the past. Yet classical scholarship, though embracing other popular media as areas of research, has so far largely ignored video games as a vehicle of classical reception.

This collection of essays fills this gap with a dedicated study of receptions, remediations and representations of Classical Antiquity across all electronic gaming platforms and genres. It presents cutting-edge research in classics and classical receptions, game studies and archaeogaming, adopting different perspectives and combining papers from scholars, gamers, game developers and historical consultants. In doing so, it delivers the first state-of-the-art account of both the wide array of 'ancient' video games, as well as the challenges and rewards of this new and exciting field.
Christian Rollinger is Senior Lecturer in Ancient History at the University of Trier, Germany. He is co-editor of the online journal Thersites: Journal for Transcultural Presences & Diachronic Identities from Antiquity to Date.