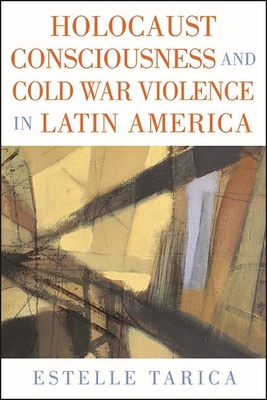 
OUT OF STOCK - Please contact store for expected availability
NON-RETURNABLE Book
This book proposes the existence of a recognizably distinct Holocaust consciousness in Latin America since the 1970s. Community leaders, intellectuals, writers, and political activists facing state repression have seen themselves reflected in Holocaust histories and have used Holocaust terms to describe human rights atrocities in their own countries. In so doing, they have developed a unique, controversial approach to the memory of the Holocaust that is little known outside the region. Estelle Tarica deepens our understanding of Holocaust awareness in a global context by examining diverse Jewish and non-Jewish voices, focusing on Argentina, Mexico, and Guatemala. What happens, she asks, when we find the Holocaust invoked in unexpected places and in relation to other events, such as the Argentine Dirty War or the Mayan genocide in Guatemala? The book draws on meticulous research in two areas that have rarely been brought into contact--Holocaust Studies and Latin American Studies--and aims to illuminate the topic for readers who may be new to the fields.
Estelle Tarica is Professor of Latin American Literature and Culture at the University of California, Berkeley. She is the author of The Inner Life of Mestizo Nationalism.