Cults: The Truth Behind the World's Most Shocking Cults (Paperback) 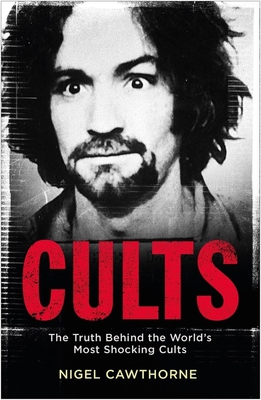 Cults: The Truth Behind the World's Most Shocking Cults (Paperback)


IN STOCK - On Our Shelves Now
The inside story of 50 0f the world's most notorious cults, including The Manson Family, Heaven's Gate and The People's Temple
The strange and sinister world of cults is a source of endless fascination. Their secrets, rituals and shadowy hierarchies make for some of the most disturbing and shocking revelations in history. Most chilling of all is the fact that many of their followers forfeit all independence in order to carry out the often sadistic bidding of a mysterious master manipulator - and continue to defend their leader to this day.
From Charles Manson, who instructed his followers to murder seven people, including a heavily pregnant Sharon Tate, to Aum Shinrikyo, the Japanese doomsday cult that carried out deadly terror attacks, these cults and their leaders transfix us with their extreme ability to commit savage acts of cruelty and depravity in the name of a self-appointed higher power.
50 shocking and international cults are brought to life, including:

Nigel Cawthorne is the author of a number of successful true crime and popular history books. His writing has appeared in over 150 newspapers, magazines and partworks - from The Sun to he Financial Times, and from Flatbush Life to The New York Tribune. He lives in London.