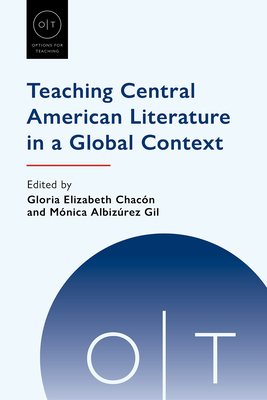 
OUT OF STOCK - Please contact store for expected availability
Ideas for teaching critically the literature and film of Central America.

Central America has a long history as a site of cultural and political exchange, from Mayan and Nahua trade networks to the effects of Spanish imperialism, capitalism, and globalization. In Teaching Central American Literature in a Global Context, instructors will find practical, interdisciplinary, and innovative pedagogical approaches to the cultures of Central America that are adaptable to various fields of study. The essays map out classroom lessons that encourage students to relate writings and films to their own experience of global interconnectedness and to read critically the history that binds Central America to the United States, Mexico, and the Caribbean. In the context of debates about immigration and a growing Central American presence in the United States, this book provides vital resources about the region's cultural production and covers trends in Central American literary studies including Mayan and other Indigenous literatures, modernismo, Jewish and Afro-descendant literatures, nineteenth- and twentieth-century literature, and contemporary texts and films.