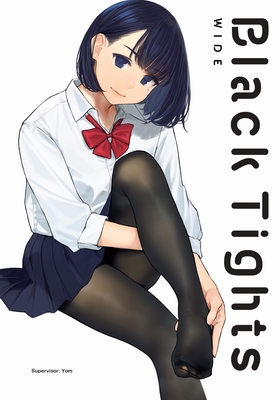 
OUT OF STOCK - Please contact store for expected availability
Collecting 100 full-color pages and featuring 48 different Japanese manga and anime artists, Black Tights features some of the best illustrators in Japan. With stockings as their primary themes, WIDE focuses on thighs. Overseen by cover artist and art director, Yom, audiences have been captivated by their character designs in the 2019 anime short, Miru Tights.
Yom is extremely unique in Japan's pop culture world. An illustrator by trade Yom has been creating illustrations on social media platforms since 2015. Starting around 2018 he began to expand into self-publishing and soon released a series of zines entitled TIGHTS. The TIGHTS series became a cult hit, eventually resulting in an animated web-video series called Miru Tights (2019). Yom would then pivot towards editing artbooks for Japan's GOT Books, once again focusing on leggings for most of his releases.