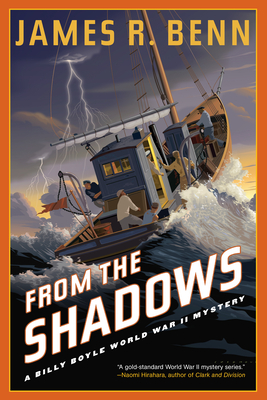 This is book number 17 in the A Billy Boyle WWII Mystery series.

Southern France, 1944: What should be a simple assignment with a Special Operations Executive officer gets complicated quickly as Billy navigates the tensions between Resistance groups in the process of gathering information on Vichy officials and other collaborators who escaped with the retreating Germans. Unexpectedly, the SOE officer has many enemies in the Resistance, linked to the failed Vercors uprising. Diana Seaton, Billy’s wartime lover, crosses paths with him as she and legendary SOE agent Christine Granville embark on a humanitarian mission on behalf of those killed while helping the SOE.

The search for a witness to a deadly explosion leads Billy to the legendary 442nd Regimental Combat Team, a unit made up of Nisei soldiers that became the most highly decorated unit in the history of the US Army.

With sacrifice and betrayal afoot, Billy doesn’t know who he can trust, or how close to death this case may bring him.
James R. Benn is the author of the Billy Boyle World War II mysteries. The debut, Billy Boyle, was selected as a Top Five book of the year by Book Sense and was a Dilys Award nominee, A Blind Goddess was longlisted for the IMPAC Dublin Literary Award, The Rest Is Silence was a Barry Award nominee, and The Devouring was a Macavity Award nominee. Benn, a former librarian, lives on the Gulf Coast of Florida with his wife, Deborah Mandel.
Praise for From the Shadows

“James R. Benn is a master craftsman of a gold-standard World War II mystery series set in various locations throughout the world. He shines a light on complicated relationships that result from combat as well as honors men and women who have made ultimate sacrifices for a better tomorrow. In From the Shadows, the soldiers of the all-Nisei 100th/442nd Regimental Combat Team, seeking to save the Lost Battalion trapped in the Vosges Mountains in France, are included in Benn’s spotlight and I’m eternally grateful.”
—Naomi Hirahara, author of Clark and Division and the Mas Arai mystery series

“Billy Boyle returns in another rousing WWII adventure . . . Though I want the war to be over, I want this series to continue to infinity and beyond.”
—Deadly Pleasures

“Another stellar entry in this venerable series . . . Benn continues to find new, and largely forgotten, events (and their corresponding locales) to explore, invigorating his creative canvas while further illuminating the atrocities of war, which are often more far-reaching than remembered. Despite the gravity of this, the books are grounded in Billy Boyle’s innate humanity and humor, which have sustained him—and us—from the very first book. And that’s a victory in and of itself.”
—Criminal Element

“In James R. Benn's From the Shadows, Captain Billy Boyle, a onetime Boston cop now assigned to the European theater of World War II, is snatched from some much needed R & R in Cairo and tasked with a dangerous new mission: Billy must locate an English operative in the wilds of Crete, after which they will head to newly liberated France via Algiers, liaise with the French Resistance and weed out enemies from allies . . . Where [Benn] excels, apart from superb suspense plotting, is in documenting vignettes of humanity and its black-sheep cousin, brutality. Benn makes combat feel real and immediate to his readers, even those who have never experienced it firsthand. It would be impossible to depict war accurately without killing off some of the good guys, and there are a couple of losses here that will truly hurt, as they should.”
—BookPage, Starred Review

“Benn has made superb use of little-known episodes of military history. This time he ups the ante, combining several of those episodes—and a host of real-life characters—into a story that displays both the bureaucratic bungling of the Allied armies and the astounding heroism of individual soldiers and resistance fighters . . . a shocking tale of wartime perfidy.”
—Booklist, Starred Review

“Every twist is well knotted, and Benn pulls off another satisfying investigation into the human reality of war, crime, friendship, and honor.”
—Kingdom Books

“A solid mystery tucked into a colorful thriller dramatizing war’s complexity and devastation . . . the books in Benn’s long-running series have evolved from straightforward whodunits with a wartime background into ambitious, atmospheric thrillers, broader both in scope and literary finesse.”
—Kirkus Reviews