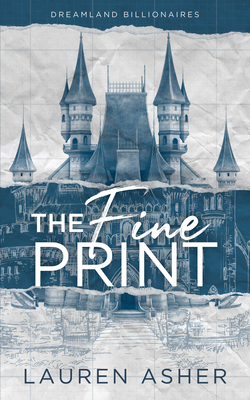 I'm in the business of creating fairy tales.

Everything could be all mine if I renovated Dreamland.

My initial idea of hiring Zahra was good in theory, but then I kissed her.

Things spiraled out of control once I texted her using an alias.

By the time I realized where I went wrong, it was too late.

Not when we're destined to ruin them.

After submitting a drunk proposal criticizing Dreamland's most expensive ride, I should have been fired.

Instead, Rowan Kane offered me a dream job.

The catch? I had to work for the most difficult boss I'd ever met.

Rowan was rude and completely off-limits, but my heart didn't care.

At least not until I discovered his secret.

It was time to teach the billionaire that money couldn't fix everything.

Plagued with an overactive imagination, Lauren spends her free time reading and writing. Her dream is to travel to all the places she writes about. She enjoys writing about flawed yet relatable characters you can’t help loving. She likes sharing fast-paced stories with angst, steam, and the emotional spectrum.

Her extra-curricular activities include watching YouTube, binging old episodes of Parks and Rec, and searching Yelp for new restaurants before choosing her trusted favorite. She works best after her morning coffee and will never deny a nap.