Man at the Airport: How Social Media Saved My Life - One Syrian's Story (Paperback) 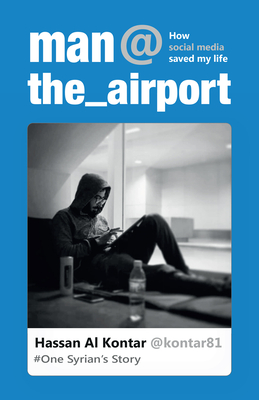 Man at the Airport: How Social Media Saved My Life - One Syrian's Story (Paperback)

When civil war broke out in his home country in 2011, Hassan Al Kontar was a young Syrian living and working in the UAE. After a series of setbacks, he was arrested in 2017 and deported in 2018. Unable to obtain a visa for any other country, he became trapped in the arrivals zone at Kuala Lumpur Airport. Exiled by war and trapped by geopolitics, Al Kontar used social media and humour to tell his story to the world, becoming an international celebrity and ultimately finding refuge in Canada.

Man at the Airport explores what it means to be a Syrian, an illegal and a refugee. More broadly, it examines the power of social media to amplify individual voices and facilitate political dissent.

Hassan Al Kontar was raised in a prosperous Syrian home, the middle child of a mechanical engineer and nurse. He was working in the UAE when his work permit expired and civil war broke out in his home country. A conscientious objector by faith and temperament, he opted for a hand-to-mouth existence in the shadows until he was arrested and deported. Now a permanent resident of Canada based in Vancouver, he advocates for refugees around the world.