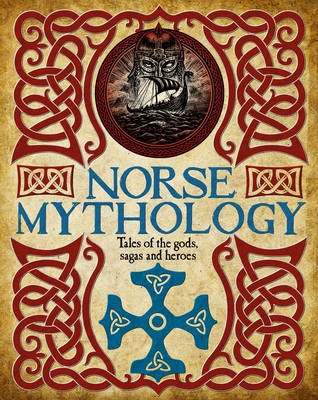 
OUT OF STOCK - Please contact store for expected availability
Many of the stories from Norse mythology have been handed down through the centuries in the oral tradition and most derive from Iceland. This thrilling collection of tales will transport readers to the realms of Asgard, where the gods such as Thor, Odin and Freya live, and Midgard, the home of humankind, that together form the cosmological tree of Yggdrasil. Filled with dramatic stories of dark deeds, cunning and war as well as love, compassion and humour, the Norse mythologies have influenced countless generations of writers and artists in various media - from Marvel Comics' Avengers to Manga creations and J. R. R. Tolkien's The Hobbit and The Lord of the Rings, as well as the renowned novel and TV series Game of Thrones and the composer Richard Wagner's Der Ring des Nibelungen. Contains more than 30 tales of Norse mythology. This handsome edition is produced in a slipcase, making it an ideal collector's edition or gift. Contains a variety of delightful black and white line illustrations.
Edited by James Shepherd, this collection includes tales selected from three collections originally brought together by Sarah Powers Bradish, Abbie Farewell Brown and Mary Litchfield.