Xenophobe's Guide to the Greeks (Paperback) 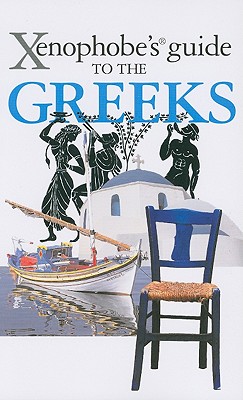 Xenophobe's Guide to the Greeks (Paperback)


Not Available
A guide to understanding the Greeks which takes an insightful, irreverent look at their character and attitudes Xenophobia: an irrational fear of foreigners, probably justified, always understandable.
Xenophobe's Guides: an irreverent look at the beliefs and foibles of nations, almost guaranteed to cure Xenophobia.
Individuality is the chief feature that characterizes the Greeks, which precludes any attempt to box and label them as a people. After that comes their temperament which flourishes uninhibited throughout their waking hours. This is probably why the ancient sages saw fit to carve their maxims "Nothing in excess" and "Know thyself" on the portals of the Delphic Oracle in an attempt to persuade their fellow Greeks to curb their emotions—they were not heeded then any more than they are now.
Alexandra Fiada is the editor of a number of magazines including Greek Reader's Digest and International History magazine, and the author of A Short History of Athens. She was born and lives—as does 40% of the Greek nation—in Athens. She is unable to explain her unusually disciplined nature, but suggests her inquisitive, optimistic individualism is ample proof, if it was needed, that she is a true Greek.
"Extremely witty and humorous - and preferably enjoyed with an ouzo, several mezedes and at least four chairs to drape the body on!" —The Hellenic Times