The Lost World Of Kharamu (Paperback) 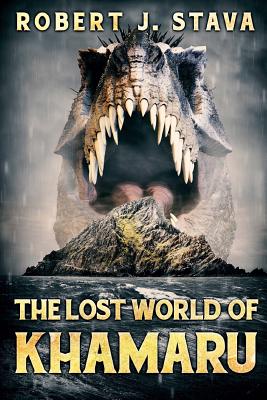 The Lost World Of Kharamu (Paperback)


OUT OF STOCK - Please contact store for expected availability
NON-RETURNABLE Book
Grant Taylan is an adventurer-paleontologist also known as 'The Dinosaur Detective", a polite term for what he really does: tracking down the more dangerous criminals in the dinosaur fossils black market and bring them to justice. Sometimes the hard way. His latest case is about to land him in the strangest situation of a lifetime: a 1950s horror film cosplay vacation on a remote island in the South China Sea. Known as "The Lost World of Kharamu", it's been developed by Chinese bio-tech corporation MuTron International into the ultimate immersive role-playing experience tailored to only the wealthiest clients. With real dinosaurs. On the resorts first major beta run, Taylan finds himself fighting Russians, Vietnamese commandos, dinosaurs and his ex-girlfriend in the ultimate vacation gone-wrong, where only the strongest, quickest - and the luckiest - will survive. The Lost World of Kharamu: For those who dare.