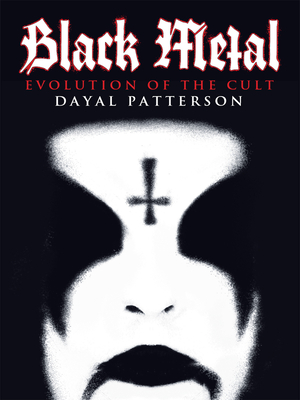 Black Metal: Evolution of the Cult features over one hundred exclusive new and archival interviews with the genre's most central figures. It is the most comprehensive guide yet to this fascinating and controversial form of extreme metal. It is encyclopaedic in length and breadth.

From the early 1980s pioneers to its fiery rebirth in Scandinavia through to today's increasingly diverse groups, this epic tome captures the movement's development in unparalleled detail and images through such bands and personalities as Dimmu Borgir, Mayhem, Behemoth, Tormentor, Emperor, Darkthrone, Samael, Gorgoroth, and many dozens of others.

Increasingly influential, black metal continues to grow and expand as a musical form as well as the subject of serious and satirical, animated, documentary, and narrative feature films.

Publisher Feral House has already published the most famous and award-winning book about this subculture, Lords of Chaos, soon to become a narrative feature film directed by Jonas Ackerlund, an ex-black metal musician who has directed feature films and award-wining videos for the likes of Madonna and Lady Gaga.

Dayal began writing professionally in 2005, having previously created a self-published music journal entitled Crypt Magazine. Since that time he has contributed regularly to the likes of Record Collector, The Quietus, Terrorizer, Decibel, Classic Rock Presents... and, most prominently, Metal Hammer magazine, whom he has written for since 2006, providing numerous lead and cover story features. He has also written liner notes for releases by high profile bands including the post-punk pioneers Killing Joke and black metal legends Marduk. As well as working with the written word he has also conducted onscreen interviews for magazines, web sites and DVD release. He has conducted interviews with hundreds of bands of various styles from Rammstein, to Public Enemy to Gorgoroth to Alice in Chains to Machine Head as well as actors, directors and visual artists.