The Red Sandals: A Memoir (Paperback) 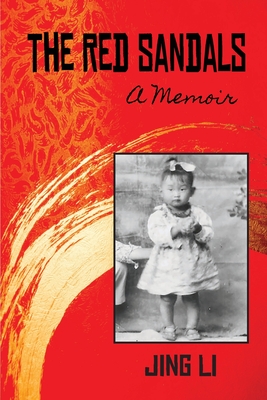 The Red Sandals: A Memoir (Paperback)

Her mother pushed a pinewood washboard against her belly trying to abort Jing Li. At two months old, Jing was left with her resentful peasant grandmother, who had a pair of three-inch bound feet, and had once thrown her own newborn daughter headfirst into the urine pot to drown because she wanted a boy.

Jing found her real home in her first-grade classroom with the inspiring teacher, Mr. Shi, a dwarf barely three feet tall. He challenged the rapidly growing young Jing to write Chinese calligraphy and learn mental math. It was her passion to learn and her lasting bond with her first teacher that would eventually provide Jing with a way to prove her self-worth.

Her relatively carefree village life abruptly ended when Jing turned eight-she was sent to the faraway city of Taiyuan. A frightened peasant girl in the city, Jing was the tallest girl in school, despite the dire poverty of her early childhood. Living in tenement housing as a servant waiting on her unpredictable violent father, bitterly resentful mother, and two doted-on younger brothers were the darkest era in her growing up years.

School again became her refuge, as she excelled and quickly learned the Taiyuan dialect and standard Chinese. But in less than a year, emotionally and physically abused Jing fell apart. Her hands became too weak to button her shirt or hold a pencil to write even one word; her walking gait became so crooked she kicked her ankles bloody; her heart beat wildly like a running horse one minute and stalled the next. It was spring 1965. Jing was barely nine years old.

Her near-fatal disease was diagnosed as "heart-disease" and the doctor predicted it would cut her young life short by age twenty-five. But the forty-day hospitalization turned out to be a respite from abuse: The smiling doctors and nurses took good care of Jing while her parents were too busy to visit her.

It was a stoke of good fortune that Jing's health broke down in 1965 instead of 1966, the year Chairman Mao launched his vicious Cultural Revolution, when all doctors were denounced as evil counter-revolutionary and forced to become janitors sweeping floors and cleaning toilets.

At age ten, Jing was looking forward to another successful school year-her fourth grade. It never came. During the Cultural Revolution, schools were shut down, books burned, teachers beaten, tortured, and many murdered.