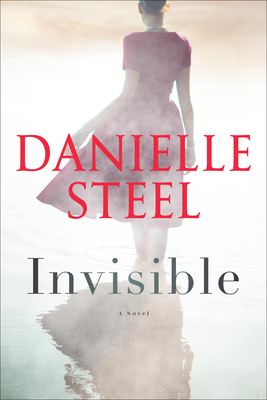 
IN STOCK - On Our Shelves Now
#1 NEW YORK TIMES BESTSELLER • In this riveting novel from Danielle Steel, a gifted young woman must grapple with the legacy of a troubled childhood in order to pursue her dreams.

Antonia Adams is the product of a loveless marriage between a beautiful young model and an aristocrat. As a child, she is abandoned in the abyss that yawns between them, blamed by her mother, ignored by her father, and neglected by both. Unprotected and unloved, she learns that the only way to feel safe is to hide from the dangers around her, drawing as little attention as possible to herself, to be “invisible.”

In her isolation, books are her refuge and movies her escape. A day spent being carried away by an unforgettable film in a dark theater is her greatest thrill. Her love of the movies turns into a dream to become a screenwriter, and a summer job at a Hollywood studio. There, a famous British filmmaker notices her, and suddenly she can remain invisible no longer. He wants to put her in a movie and make her a star. It is a dazzling opportunity but a terrifying one, as it strips her of the camouflage that made her feel safe. She is suddenly thrust into the public eye—and even more so when they fall in love.

She will never let go of her true dream of becoming a filmmaker, though, and if she wants to make that leap, she will have to expose herself in ways she never has before. When tragedy strikes, she must decide whether she will remain center stage or become invisible again, where she feels safest. Will she face her demons, or run and hide?

In this extraordinary novel, Danielle Steel tells the story of a woman who must decide how high a price she is willing to pay to pursue her passion—and whether it is possible to stay true to herself while she does.
Danielle Steel has been hailed as one of the world’s bestselling authors, with almost a billion copies of her novels sold. Her many international bestsellers include Flying Angels, The Butler, Complications, Nine Lives, Finding Ashley, The Affair, and other highly acclaimed novels. She is also the author of His Bright Light, the story of her son Nick Traina’s life and death; A Gift of Hope, a memoir of her work with the homeless; Expect a Miracle, a book of her favorite quotations for inspiration and comfort; Pure Joy, about the dogs she and her family have loved; and the children’s books Pretty Minnie in Paris and Pretty Minnie in Hollywood.