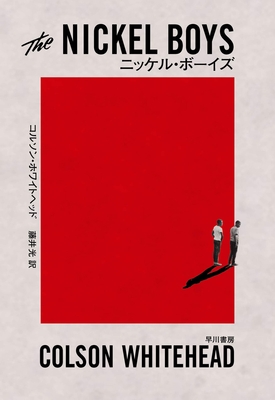 “With every book, Colson Whitehead proves his ever-growing genius. He’s a master of the written word and truly one of the greatest living American novelists of our time. I didn’t think it was possible for him to write something better than Underground Railroad, but he most certainly has — The Nickel Boys grabbed me at page one. It’s a mystery and a thriller, a treatise on race and social injustice, and a literary masterpiece all rolled into one. Ellwood and Turner are characters that will stay with me forever. This should be mandatory reading in every classroom.”
— Michelle Malonzo, Changing Hands, Tempe, AZ

“The Nickel Boys is more proof that Colson Whitehead is an essential American author. Based on the true story of Florida’s infamous Dozier School for Boys, in The Nickel Boys, Whitehead continues his reckoning with the violence endured by African Americans, which he began with The Underground Railroad. The Nickel Boys is a bare, unvarnished, and unblinking coming-of-age tale set against the backdrop of the Jim Crow South and an all-too-real horror from our nation’s history. It’s a story that must be told by the only writer who can tell it.”
— Keaton Patterson, Brazos Bookstore, Houston, TX

Colson Whitehead brilliantly recreates a horrific school for boys based on the real Dozier School for Boys. Never will I ever forget the two boys, Turner and Elwood, who are just regular boys until they are wrongly thrown into The Nickel School in Florida. Never will I forget the tragic happenings in and around the school. Could this still be happening somewhere in this country? God help us all.

This is a compelling story crafted around a real-life reform school for boys that operated in Florida for 100 years, closing only recently in 2011. Elwood should never have been there to begin with, but he was young and black and in the wrong place at the wrong time. He was swept up into the corrupt, cruel net after being wrongly convicted of car theft. He makes a friend named Turner, and the two boys plot their unlikely escape. Whitehead brings such humanity to the story of the Nickel Boys through Elwood and Turner that you have to keep reading; you can’t turn away even though you want to. Disturbing, emotional, and dark, the story is a reminder that racism and the cruel abuse of power continue right under our very noses. Colson shines a bright light on it, on us.