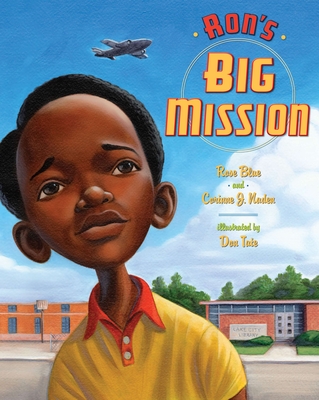 
Out of Stock - Please contact store for availability and price
Nine-year-old Ron loves going to the Lake City Public Library to look through all the books on airplanes and flight. Today, Ron is ready to take out books by himself. But in the segregated world of South Carolina in the 1950s, Ron's obtaining his own library card is not just a small rite of passage—it is a young man's first courageous mission. Here is an inspiring story, based on Ron McNair's life, of how a little boy, future scientist, and Challenger astronaut desegregated his library through peaceful resistance.
Corinne Naden has written many books for children. She lives in Westchester, New York and Sarasota, Florida.

Rose Blue had a long career as a writer and teacher. Ms. Blue died in 2004. Don Tate is the award-winning illustrator of Summer Sun Risin', by W. Nikola-Lisa. He lives in Austin, Texas.