Into the Windwracked Wilds (The Up-and-Under #3) (Hardcover) 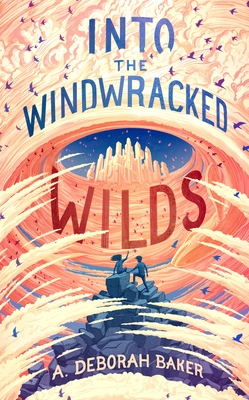 Into the Windwracked Wilds (The Up-and-Under #3) (Hardcover)

By A. Deborah Baker

This is book number 3 in the The Up-and-Under series.

Adventurous readers of Kelly Barnhill and Cat Valente's Fairyland books will be sure to soar among the dark marvels that can be found in Into the Windwracked Wilds, by Seanan McGuire's open pseudonym, A. Deborah Baker.

When the improbable road leaves Avery and Zib in the land of Air and at the mercy of the Queen of Swords, escape without becoming monsters may be impossible. But with the aid of the Queen's son, the unpredictable Jack Daw, they may emerge with enough of their humanity to someday make it home. Their journey is not yet over; the dangers are no less great.

A. DEBORAH BAKER is a pen-name of SEANAN McGUIRE, the author of Middlegame, the Hugo, Nebula, Alex and Locus Award-winning Wayward Children series, the October Daye series, the InCryptid series, and other works. She also writes darker fiction as Mira Grant. Seanan lives in Seattle with her cats, a vast collection of creepy dolls, horror movies, and sufficient books to qualify her as a fire hazard. She won the 2010 John W. Campbell Award for Best New Writer, and in 2013 became the first person to appear five times on the same Hugo ballot. In 2022 she managed the same feat, again!

"With nods to The Wizard of Oz and Through the Looking Glass, readers of portal fantasy and McGuire’s Wayward Children series will love this unsettling and imaginative adventure." —Buzzfeed on Over the Woodward Wall

"An experimental companion to McGuire’s intricate novel Middlegame, Over the Woodward Wall first came to life as a middle grade story that serves as a pop culture touchstone for the characters in that adult novel. It’s also a story by a master in its own right." —Den of Geek

"Has an uncanny knack for taking the worst things that lurk in the shadows and weaving them into an absolute delight." —Becky Chambers on Middlegame

"A mini-masterpiece of portal fantasy—a jewel of a book that deserves to be shelved with Lewis Carroll's and C. S. Lewis' classics" —NPR on Every Heart a Doorway

"One of the smartest writers around." —Charlaine Harris on Every Heart a Doorway